Whether you are an avid big-game hunter or a target shooter, crossbows present an exciting challenge. When you are getting started with a crossbow, one of the most important decisions you can make is which make and model you choose.
This review of the Excalibur Assassin 400TD will give you all the information you need to make an informed decision. This crossbow is a definite hunter’s weapon. It was designed to be used for hunting in the deep woods and has the power to put down any sized animal. 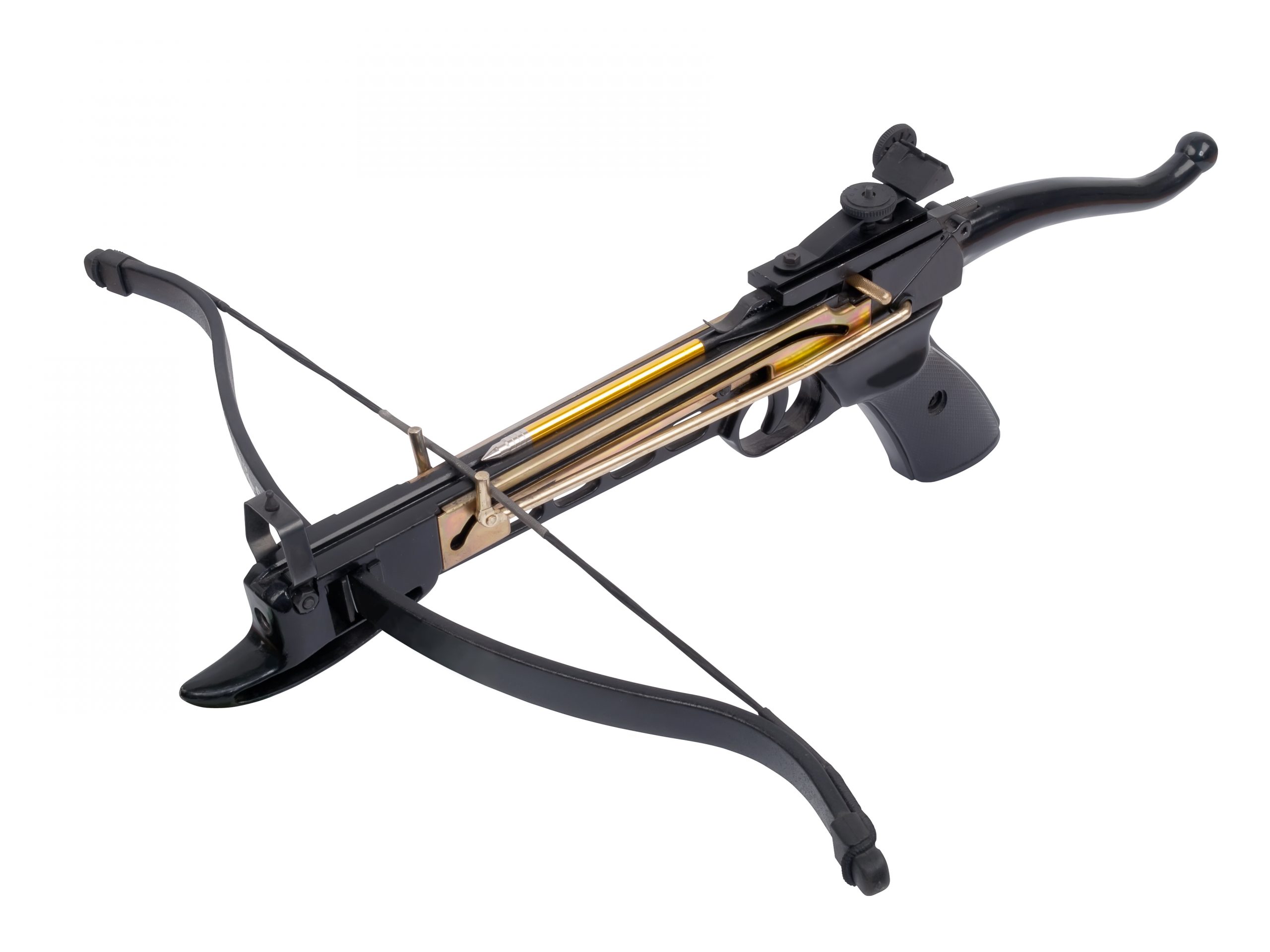 All avid crossbowmen know the name Excalibur; they have been an elite bow manufacturer since 1983. They specialized in highly accurate, powerful bows, and the Assassin 400TD is no exception.
Weighing in at 7.8 lbs. and breaking down to 25 in. x 10 in., this bow can travel with you just about anywhere. Axle-to-axle it measures 20.5 in. cocked and 25 in. uncocked, making it highly maneuverable in even the densest underbrush.
As this is a crank-charged weapon as opposed to a rope-cocked one, there is no need for a foothold at the front of the bowl This makes the Assassin 400TD much shorter and easier to handle than your average, old-school crossbow. Its overall length is 30 in. uncocked and 33 in. cocked.
Its limbs are high output, expressed, and armor tipped. This helps give them the tension they need to generate its incredible velocity. The armor tipping is almost a requirement for any serious hunting crossbow and will help keep your purchase safe for years to come.

As the name implies, the Assassin 400TD can shoot an arrow at up to 400 FPS. This velocity puts it at the top end of commercially available crossbows and means it can drop whatever size game you put in front of it. A stock 22-caliber rifle will fire a round at around 400 FPS, meaning this crossbow generates roughly the same output as a gunpowder-charged varmint round.
This model also comes with an adjustable Tru-Fit stock, meaning it will work for shooters of all different sizes. The cheek-pieces are also adjustable, meaning this crossbow can be fired either right- or left-handed
The Assassin 400TD has a draw of 325 lbs., which is what helps it generate so much power. However, it comes with a totally silent integrated charger crank, meaning that unlike cheaper, rope-cocked models this weapon can be quickly and quietly recharged using only one hand.
As any hunters knows, sometimes even with the best weapon your first shot does not land on target. The fact that this crossbow can be recharged and reloaded silently and with minimal movement means it is ideal for situations where your first shot goes awry. With a traditional, rope-charged crossbow, by the time you your foot in the foothold and the rope-cocker out of your pack the animal you were chasing knew exactly where you were and was busy running the other way.
The Assassin 400TD makes that issue a thing of the past. Being able to silently reload was one of the main advantages in hunting with a compound bow over a crossbow. This silent crank charger has essentially leveled that playing field.

The Assassin 400TD comes equipped with a Pro-Shot Two-stage trigger, which boast a three-pound pull that is similar in feel to a rifle trigger. This two-stage technology makes the crossbow much more accurate, as the amount of force necessary to pull the trigger is almost negligible. Less force to initiate a shot means less recoil, which is how Excalibur can so confidently guarantee that this crossbow can produce broad head arrow groupings with a spread of three inches or less at 25 yards.
The R.E.D.S. Suppressors included with the model are top-of-the-line. They are designed to reduce both sound and vibration created when the crossbow is fired, which will both improve your accuracy and make it less likely that an animal will know where you are hidden should you miss your first shot. Couple this feature with the silent hand crank for recharging and you have a crossbow that is ideal for either stalk-and-kill or tree-stand style big game hunting.
Other features that come standard with this model include:

This crossbow is a sleek, silent killing machine. Excalibur has packed as much stopping power as they could muster into a compact frame. As such, it does not come cheap. However, the level of quality that Excalibur has packed into this tight frame is astounding. This weapon carries on Excalibur's tradition of crafting powerful, immaculately designed weapons for the discerning sportsman. While it is clearly at home in the woods, this weapon is appropriate for all types of hunting and sport shooting. Whether you are stalking game through old-growth timber or setting up a hay bale target range on your property, the Excalibur Assassin 400TD has the power, range, and precision necessary to ensure your success.

This is a finely engineered piece of equipment and price reflects that. For what the Excalibur Assassin 400TD, the price is almost a bargain.
View Product Price

How Long will my crossbow last?